While visiting Walt Disney World this week I was able to steam on over to the Carolwood Pacific Railway Room inside the Boulder Ridge Villas at Disney’s Wilderness Lodge. Located on the ground floor just off of the lobby, the room is dedicated to Walt Disney’s first railroad which was located in the backyard of his home on Carolwood Drive 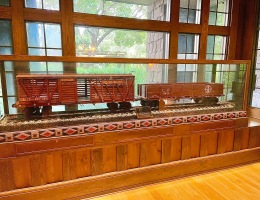 A New Kind of Movie

Circarama, U.S.A. was an original Tomorrowland attraction displaying an immersive and innovative film projected on a 360 degree screen. The first motion picture shown at Circarama was titled “A Tour of the West.” 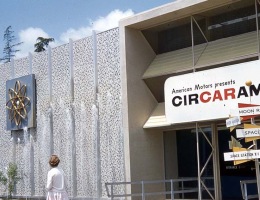 Before he could show off Disneyland to his guests Walt Disney loved to entertain them on the Carolwood Pacific Railroad in his backyard. When Walt and his wife Lillian were looking to buy some land to build a house, some space for a railroad was one of Walt’s top priorities.