In the photo below, Disney Legend Ken Anderson and artist Ralph Hulett are working on the design for Peter Pan’s Flight, highlighting two themes that run throughout the building of Disneyland.

Walt Disney often appeared on his ABC Disneyland television show displaying models, like this one of the Mark Twain steamboat, as a way to give viewers a glimpse of what he was building. 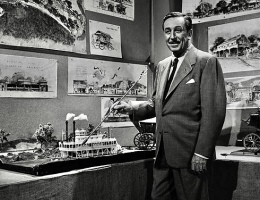 Herb Ryman’s concept drawing of Sleeping Beauty Castle from 1953 is one of the earliest sketches of what would become the most iconic Disneyland landmark.

On this day in 1955, Walt Disney gave the order to go ahead with the construction of Tomorrowland for Disneyland’s opening after previously putting it on hold because there wasn’t enough time. 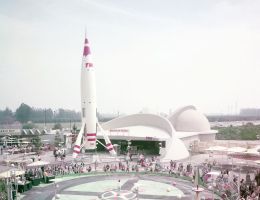 On this day in 1955 these overhead photos were taken of the Disneyland construction site. Incredibly, the park would open just over seven months later!

Where the dream of Disneyland began

Where to start? Why not at the spot where the very idea of Disneyland first sprang into Walt Disney’s mind - the Griffith Park merry-go-round. 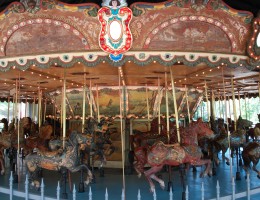 Read more Where the dream of Disneyland began